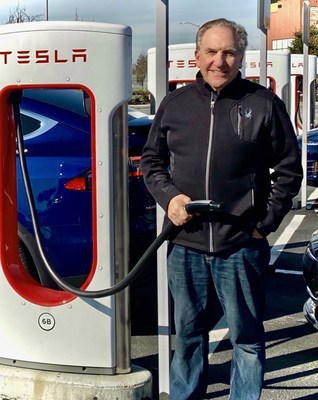 Tesla was then trading at $303. One expert, Bob Lutz, the one-time Ford (F), Chrysler, and GM executive famously said in September 2018 that Tesla is “headed for the graveyard.” He even went as far as stating Tesla CEO Elon Musk is “a nice guy who doesn’t know how to run a car company.”  Source

A year has gone by, and Tesla seems to be solidly headed for success. The Tesla Model 3 sales are booming, its new factory in China is open and producing cars, and the new Model Y is scheduled to start deliveries in the U.S. before April. Tesla also increased the range of the Model Y with the announcement of the production version. The electric SUV will now have up to 315 miles of range on a single charge, which extends Model Y’s lead as the most energy-efficient electric SUV in the world.

The stock is reaching $900, approaching 200% since Investor Thalheimer’s call in December 2018.

Even Bob Lutz has reversed his position, saying, “I think they’ve achieved sort of a volume breakthrough with the plant in China opening and given that Tesla is selling a lot of Model 3s,” Lutz said in an interview on with CNBC. Source

Investor Thalheimer, who is living the Tesla experience first hand with his personal fourth Tesla, continues to be bullish about Tesla and its stock price, noting the new competition is lagging: “All the analysts predicted that the new generation of electric cars from BMW, Mercedes, Audi, and Jaguar would be “Tesla-Killers.” This has turned out not to be the case. They have actually had disappointing sales.

Mercedes’ new electric car has sold so poorly in Germany, its home market, that the launch in the US has been postponed for a year. Source

Sales of Jaguar and Audi have been disappointing also:

“Sales of luxury electric SUVs by Jaguar and Audi have been weak in the US this year,” according to InsideEVs. Through November, the website reported that Jaguar has sold 2,418 I-Pace vehicles, while Audi has sold 4,623 e-tron SUVs. Tesla sold 13,725 Model X SUVs in the US through September, according to InsideEVs. The electric-car maker’s Model 3 sedan, the best-selling electric vehicle in the US, sold 111,650 units through September. Source

Investor Thalheimer’s prediction for the future, based on his experience at Sharper Image, is that the buyer’s positive brand identification with Tesla, and the first-mover advantage, has resulted in an insurmountable lead for Tesla.

There’s another plus for Tesla as well. The Supercharger Station network, which provides Tesla owners with convenient and fast charging all across America and much of the world, is a huge advantage.

This is similar to the advantage Apple has with its ecosystem. Tesla owners love the car, and they also love they can travel longer distances without worrying about where to charge up. Other car companies have missed this important differentiating factor.

Perhaps it is no surprise Thalheimer was correct about predicting this stock rise. He’s been consistently making profitable stock calls. His own investing performance, in his family office fund, was up 93% in 2019.

Looking forward, Thalheimer expects Tesla, and its stock price, to continue to do well. “The Model Y will be the most successful Tesla yet in terms of unit sales, and the company will continue to improve financially, and demonstrate profitability.” As for the stock price, analysts have predicted future prices in a range of $600 to $6000.

Will we see a continuing gain? Investor Thalheimer is confident of those predictions: “Buy on any dip. Tesla is heading higher.”

Richard is available for interviews.